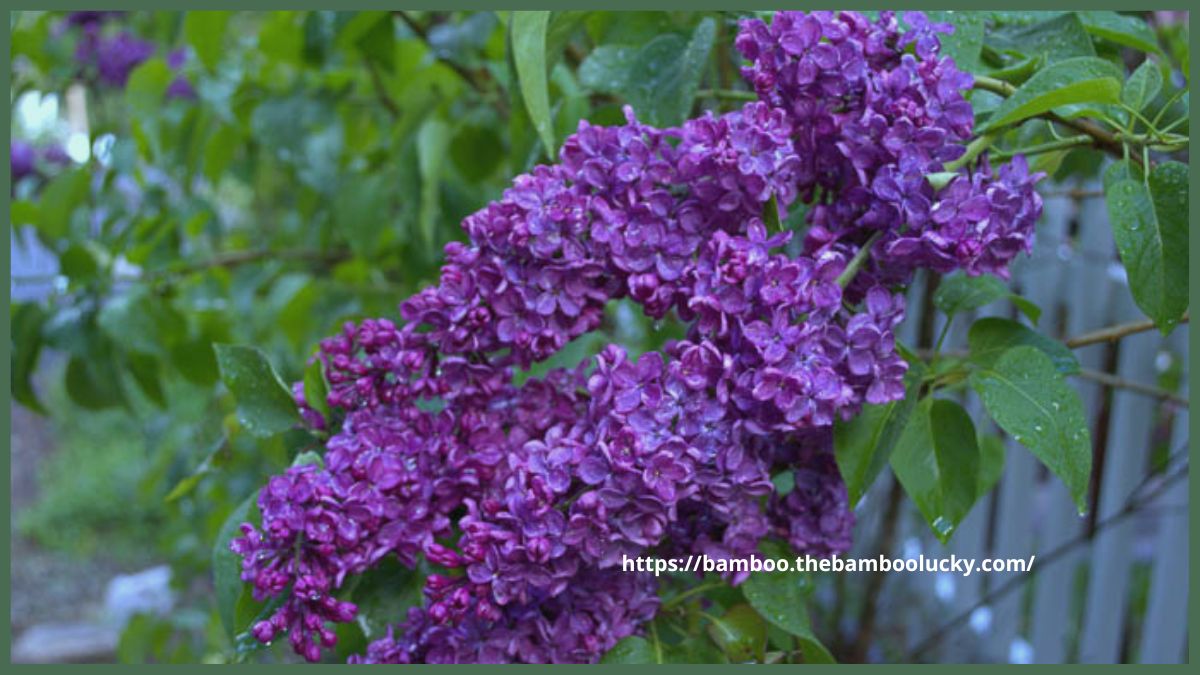 If you love the smell of lilacs, you’re in luck! Growing your own lilac bush is easy to do, and we’ll show you how. Whether you’re a gardening novice or a seasoned pro, these tips will have you growing beautiful lilacs in no time.

For anyone who loves fragrance, lilacs are a must-have in the garden. Virtually every part of the plant is scented, from the lavender flowers to the heart-shaped leaves. And the fragrance is not just pleasing to people—it’s adored by bees and other pollinators, making lilacs an important part of the eco-system.

Lilacs are also lovely in spring bouquets. Cut just as the buds are beginning to open, they will perfume your whole house. Lilacs make an excellent dried flower, too—simply hang them upside down in a cool, dark place until the blooms are papery and dry.

When to Plant Lilacs

Lilacs (Syringa sp.), hardy in U.S. Department of Agriculture plant hardiness zones 4 through 9, are best planted in early spring, as soon as the ground can be worked. You’ll get the best display of flowers if you plant more than one variety because they need to cross-pollinate to produce blooms. Each year, the flowers appear on last year’s wood, so don’t cut back the stems too drastically or you’ll remove next year’s flowers.

Where to Plant Lilacs

Lilacs should be planted in an area of your yard that receives at least six hours of sunlight each day. They prefer well-drained soil with a pH between 6.0 and 7.5. Lilacs do not do well in waterlogged soil, so it is important to make sure the planting site is not in a low-lying area that stays wet after a rainstorm.

How to Plant Lilacs

Lilacs (Syringa spp): are best planted in the fall, after the soil has cooled but before the first frost. You can also plant them in early spring, before new growth begins. They will do best in an area that gets full sun for at least six hours a day.

Choose a location that is away from any trees or shrubs that could compete for water and nutrients. Lilacs need room to grow, so make sure to plant them at least 8 feet apart.

Dig a hole that is twice as wide as the root ball of your lilac plant. Mix in some organic matter, such as compost or manure, to improve drainage. Gently remove the plant from its container and loosen any tangled roots. Place it in the hole so that the top of the root ball is even with the soil surface. Backfill the hole with soil, tamping it down gently as you go.

Water your lilac deeply immediately after planting. Mulch around the base of the plant to help retain moisture and keep weeds at bay.

There are many varieties of lilacs, from the popular Syringa vulgaris to the more unusual Syringa x hyacinthiflora. The former is a hybrid of two common lilac species, while the latter is a hybrid of the common lilac and the Korean lilac. Both types can be found in a variety of colors, from white and pale pink to deep purple.

When choosing a variety of lilac for your garden, it is important to consider both the color of the bloom and the size of the plant. Some varieties, such as the dwarf Korean lilac, are smaller than others and may be more suitable for smaller gardens. climatic conditions in your area will also affect which varieties of lilac will thrive in your garden – in cold areas, choose varieties that are known to be hardy, such as S. x prestoniae or S. x resistingii.

The key to keeping your lilacs healthy is to water them deeply and regularly during the growing season. They prefer a soil that is moist but not soggy, so be sure to check the soil before watering. Lilacs are drought tolerant, so you don’t need to water them every day, but they will flower best if they are kept evenly moist. Mulching with a layer of organic material such as bark chips or compost will help to retain moisture in the soil and keep the roots cool.

Pruning is an important part of caring for lilacs. Each year after the flowers have faded, remove any dead or diseased branches and any branches that are crossing or rubbing together. Then thin out the center of the plant to allow light and air circulation. Finally, cut back the remaining branches by one-third their length.

Pruning lilacs is essential to keeping these shrubs healthy and ensuring an abundance of blooms each spring. The best time to prune lilacs is immediately after the flowers fade. This allows the plants ample time to produce new growth and develop flower buds for next season. Keep in mind that pruning too late in the season can remove buds that have already formed, resulting in fewer flowers the following year.

When pruning, always use sharp, clean shears or pruning saws to avoid damaging the plant. Remove any dead or dying branches first, then thin out overcrowded areas of the plant to promote air circulation. Be sure to make your cuts at a 45-degree angle, just above a set of leaves.

After you have finished pruning, give your lilac bush a good feeding with an all-purpose fertilizer. This will help encourage new growth and produce even more stunning blooms come springtime.

Lilacs are generally pest and disease free, but there are a few problems that can crop up now and again. Here are some of the most common lilac pests and diseases, along with tips on how to prevent and control them.

aphids: Aphids are small, soft-bodied insects that are often found feeding on the new growth of lilacs. They can also be found on the undersides of leaves, where they suck plant juices and cause leaves to curl and distorted. In severe cases, aphids can weaken plants and cause stunted growth.

To prevent aphids, keep your lilac bushes well pruned so that they have good air circulation. This will help to deter aphids and other pests. If aphids do become a problem, spray them off with a strong stream of water or treat with an insecticidal soap.

scale: Scale is another problem that can affect lilacs. Scale insects attach themselves to plant stems and suck out plant juices, causing stunted growth and yellowing leaves. They can also cause lilac branches to die back.

To prevent scale, keep your lilac bushes pruned so that they have good air circulation. You can also treat scale with an insecticide or horticultural oil.

powdery mildew: Powdery mildew is a fungal disease that affects many different types of plants, including lilacs. It causes a white powdery growth on leaves and stems, which can eventually lead to leaf yellowing, leaf drop, and stunted plant growth.

To prevent powdery mildew, water your plants at the base rather than overhead to avoid getting water on the foliage. You should also try to grow your lilacs in an area with good air circulation to further discourage fungal growth. If powdery mildew does become a problem, treat it with a fungicide labeled for use on powdery mildew.

Most people think of lilacs as old-fashioned shrubs that are only planted for their spring flowers. Lilacs are known for their beautiful flowers, but they also have many uses.

Lilacs can be used as a privacy hedge, planted around the perimeter of your property. They can also be used to line driveways or walkways. Lilacs can even be used in dried arrangements!

Lilacs make great container plants. You can plant them in pots or hanging baskets and enjoy their beauty all summer long. Lilacs are also a low-maintenance plant, which makes them perfect for those who don’t have a lot of time to spend on yard work.

The lilac is a much-loved shrub, perhaps best known for its intense fragrance. The plants are relatively easy to grow and care for, and they make an excellent addition to any home landscape.

There are more than 200 species of lilacs, all of which belong to the genus Syringa. These shrubs are native to temperate regions of the Northern Hemisphere, and they are often used as ornamental plants in public gardens and parks.

Lilacs are most commonly grown for their fragrant flowers, which bloom in shades of white, pink, purple, and lavender. The flowers of some species (including the common lilac) can also be found in shades of blue or yellow. Lilacs typically bloom in late spring or early summer.

The name “lilac” is thought to be derived from the Arabic word “līlāk”, which means “bluish”. This is likely a reference to the color of the common lilac’s flowers.

Lilacs have been beloved by people for centuries. In fact, they have been cultivated since at least the 16th century. Some historical figures who were known to be fond of lilacs include Pope Paul V (who had a Lilac Garden at his villa), Peter the Great (who brought lilacs back from Holland), and Thomas Jefferson (who grew them at Monticello).

Today, lilacs are still widely grown and enjoyed by many people around the world.

1 thought on “How to Grow Lilacs”