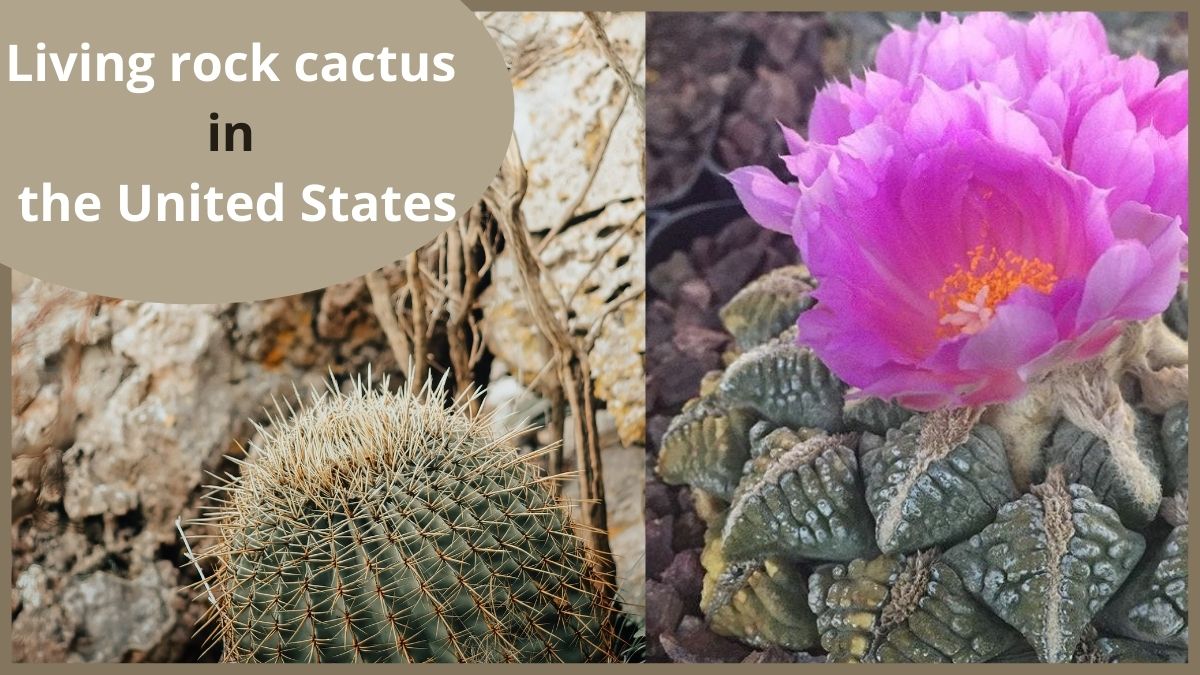 The living rock cactus united states, Did you know that there are more than 2000 varieties of cactus available, and all are modified according to their environment, some have spikes, some have left, some modify their leaves into spikes? Mexico has the greatest number and variety of cacti.

Living rock cactus is small cactus that grows around six to seven inches in diameter and hardly rises above the surface of the ground. It gets yellow with the age and its most recognized characteristic is its triangular tubercles.

The species Ariocarpus fissuratus or living rock cactus most likely grows in the united states. it has so many medicinal and ritual uses.it grows on limestones ridges, generally at low elevations.

the cactus are the keystones of the deserts because they provide food and shelter to many animals, they are the main component of many food chains and life cycles.

How do you grow a live rock cactus?

There are eight different species of perennial cactus that belong to the genus Ariocarpus, these cactus grow soil rich in limestone content( a common type of carbonate sedimentary rock, which is more likely crystals of calcium carbonates). so for growing the living rock cactus or a variety of cactus indoors you have to make sure of some important conditions:

size: there are different-different types and sizes of cacti. some of them are long as trees or some of them are short as a little shrub. normally the living rock cactus of the united state is barely 6 inches in diameter and hardly grows above the ground, flowering living rocks grow from large, turnip roots. these plants usually have thick tuberous taproots and are solitary or form a small cluster of the stem.

growths: not all cacti are the same, the Ariocarpus is quite flat while others have a protruding appearance.

some of the plants contain bitter and toxic alkaloids such as hordenine, this is for defenses against herbivores.

where are the cactus in the united states: the cacti are the most peculiar plant in the United States (southwest), mostly found in four southern states of Arizona, New Mexico, California, and texas. especially in the deserts of Sonora, Mojave, and Chihuahuan. where the number of cactus species is an ignoramus. in the further northern areas are diverse by some small plants and herbs.

there are several cactus genera genuinely seen in normal are:

in general Arizona, California, Colorado, Nevada, New Mexico is some states where species of cactus are normally found.

Are there Cacti in America?

yes, usually cactus found in every us state and the south Canadian provinces(Arizona, Texas, New Mexico). there are around four species of cactus that are native to Canada; Escobar vivipara, Opuntia fragilis, o. polyacantha and o. humifusa. besides northen and south America the cactus is also found in Africa and Southeast Asia. as you already know cactuses are found in deserts where the climate is so dry and hot but still there are exceptions of cactus which are found in the rainforests, tundra, temperate climate where the climate is full of water and moisture.

Where is the Tallest Cactus in the US?

The tallest cactus in the united state is the Saguaro cactus it can grow about forty feet in height. the tallest Saguaro that measured was about seventy-eight feet. these cacti only grow in the unites state.

Southern Arizona, Southeast California, and Western Sonora, Mexico is the only places where these tallest cactus are found.

There is an interesting fact about these cacti

These cacti grow about 4000 feet from the sea level in southern Arizona where the temperature is freezing in winter bounded their growth up to a certain level. and do you a saguaro is about one to one and a half inches in the first eight to ten years.

These cacti grow with nurse trees as a protection in the early ages of their life. but as time flows the saguaro cactus grows, it kills the nurse tree as it starts absorbing all the nutrients for itself.

For reaching a massive height like six to seven feet it took them about 70 years. but do you know the saguaro cactus have got to the age of about ninety to hundreds year for branching and to get about gets forty to sixty feet tall? and at the age of one hundred twenty-five, it considers an adult.

do you know the fruits and seed of saguaro is edible, the saguaro was a native of America well known?

The seeds are ground into meals or eaten raw but the row seeds are mostly indigestible. The saguaro is one of the oldest cacti in the world,

All cacti have flowers, normally the cactus blooms for a very short period of time. and they provide the primary characteristics of that specific cacti, normally cacti have 10 petals, and sepals with many stamens.

Must Read: How to grow strawberries in a Garden? | home planting

Must Read: How to grow and care for red button Ginger

2 thoughts on “What is the Living rock cactus in the United States?”